Seeing the good, bad and godlessness of today through a biblical lens 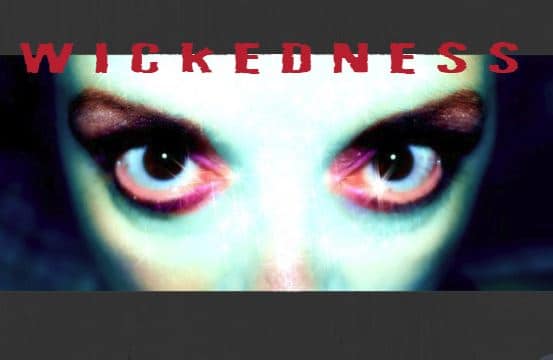 We often look around at the world and think about how horrible things are.  Being wicked is in vogue. Yet, more people have more advantages now than at any time in history.  The average life expectancy throughout the world has dramatically increased, and in most countries technology is in the hands of the average person.  All of this as the desire to live in a God-honoring Christian way has severely decreased, especially in developed countries.  If so many good potentials for the human race exist and Christianity is on a downward spiral, then is it logical to conclude that life without God and Jesus is better for humanity?  I’ll bet you didn’t expect that question!

Let’s observe a world with minimal Christian influence - which in reality is our world right here and right now. This world is technologically advanced to the point of more than half of every man woman and child who are alive right now have internet access. With that incredible positive we are obliged to view its compensating negative factor. This access opens a door to such things as pornography. The world’s largest porn site had enough visits in 2017 to average out to 3.75 visits for every human being alive today – and that is just one site! Now let’s consider the great freedom of thought and expression that we have today. Young people are daily proclaiming their detachment from old ways and old labels, creating their own unique path to the future. All this sounds great until you look at the alarming rise in mental illness among all age groups but especially among young people.

So, is the world better off or worse off? Though one could argue for both sides, the fact is because of technology, darkness in multiple forms has stealthily and rapidly crept into countless households and lives. At the same time, parenting has morphed into an exercise in observation rather than a system of guidance and discipline. We are surrounded with world-reshaping changes which bring life-disrupting doubts. Does this mean the wicked are winning?

Here is the point: The Bible predicted this. When we typically look at Scriptures, we easily notice and often talk about the prophecies concerning Armageddon and world-shaking trouble. What we don’t generally see is the approach that such trouble takes. The Christian “default” interpretation for these issues usually lies in the thought of nation fighting against nation. While we believe this is a correct understanding, it still does not paint the whole picture of what will drive this present day social order to the brink.

Check out our January 7, 2019 podcast, “Are the Wicked Winning?” to see the rest of the story. We trace the pathway wickedness has taken through the lens of biblical prophecy and connect it to what is scripturally called “The time of the end.” What we find is both staggering and revealing as the Bible connects, explains and concludes not only what is happening in the world around us now but why it is happening. Are the wicked winning? Not really. Tune in and see why!