Learning from life's heroes so we can be more heroic 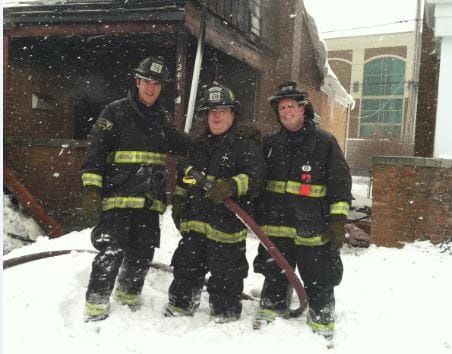 Everyone loves a hero. Everyone loves to watch “that guy” as he (or she) defies the odds, stands up against darkness, evil or injustice and fights – sometimes he fights alone and sometimes his fight inspires others to stand and fight with him. We admire the guts, the vision and the strength of such people, for they in their heroic actions represent what we would like to be. So, what makes someone a hero? Is it one heroic action or is it a life lived in a heroic way? Do people become heroes because of their strength or in spite of their weakness? Are heroes made or are they born? How can you and I become more heroic in our everyday lives?

Becoming heroic in our lives means living in a way that can not only change you, it can change your environment and the people around you as well.  For this to happen, one must have or develop heroic qualities and that means understanding what these qualities are and how they work.  So, who is a hero we can look to and learn from?

What about David when he took on and defeated the giant Goliath?  This is a truly remarkable story of faith, courage and a whole lot of heroism.  Consider the setting.  Israel’s army is on one hill and just across the valley is the army of the Philistines on another hill.  They are all preparing for battle when this one soldier - this one very BIG soldier - steps out from the ranks of the Philistine army and presents a challenge.  He personally challenges anyone from the ranks of Israel to fight him  one on one with the winner claiming victory for his respective army.  Straightforward?  Yes.  Simple?  No.  You see, Goliath was about nine feet tall!  He was a lifetime warrior; his coat of armor alone weighed about 220 pounds, the shaft of his spear was about 3 inches thick and the head of his spear weighed about 25 pounds.  He was more than formidable and he looked unbeatable!  Would YOU want to stand up against him?

David, on the other hand, was about 17 or 18 years old.  He was probably about 5’6” or so.  He was a shepherd not a soldier, and he was delivering supplies to his three oldest brothers who were soldiers while this was happening.  Goliath had been taunting Israel for 40 days when David arrived, and everyone was unnerved by the giant and the insurmountable odds he represented.  So David volunteered and said he, the shepherd, would stand before and defeat the massive warrior who daily jeered and insulted them, for they were God’s people and God’s hand would surely be with them.

We all know how the story ends, but what we don’t necessarily know is how the heroism and faith of David led him through this epic battle.  What did David need to know, need to do and need to think to become God’s hero?  Check out our August 7, 2016 program, “How do You Define “Hero”?” and see what the elements of a heroic life are and how they can change you!

tags: battle David David and Goliath faith hero Jesus soldier warrior
previous What Should We Be Praying For?
next Who is Satan?
Related Posts