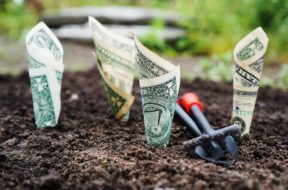 Who and What Should a Christian Support?

Jesus' example teaches us to be compassionate, but In our world there are a myriad of causes we can support but we have limited time and dollars. What do we do? What causes should the Christian support? Where do we invest our time, effort and resources to be truly God-honoring followers of Jesus? 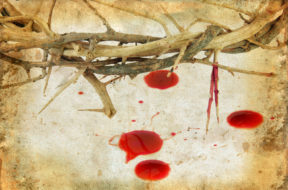 How Were Politics Part of Jesus’ Crucifixion?

Did you ever wonder what was behind the events that brought Jesus to the point of crucifixion? Did you ever think about who did what and why to position the Savior of all mankind as an enemy of the state? 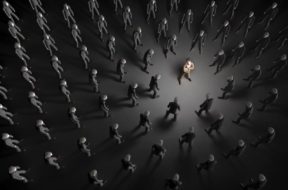 George Orwell’s 1949 book “1984” was about the future. It was a scary and suggestive look at what could happen to society if we didn’t protect our freedoms from totalitarianism. The idea that “Big Brother is watching” was a fearful one, as this fictional story gave the feeling that what we say and think are monitored and forcefully used to keep us in line. So, here it is, 2017, and the year 1984 passed 33 years ago without Big Brother watching. But wait a minute – the sexist and alarming thought of Big Brother watching would invade safe spaces and be recognized as a potential trigger for some. We need to be gender and social status-free in our policing of the masses. Instead of Big Brother watching, we should say, “Thought interpreting humans are guiding the collective.” The point is, we have entered a time in history where the policing of thoughts and words has overtaken us in a unique and disturbing way. What would Jesus do in this environment? Would he stand in support of it or against it? Would Jesus be politically correct? Should Christians Be Politically Motivated?

Politics! For some of us the very word elicits a shiver and a feeling of frustration and disappointment. Are we really so power hungry and immature that we need to demonize those who disagree, that we need to exaggerate our own point of view and win at the cost of our own integrity? The more we know about the political game, the more it seems to be about agenda instead of the will of the people. Should Christians be involved in this arena? Does the political world need a Christian perspective? Do Christians need politics? Who is God’s Candidate?

In just two days, America will experience what is perhaps the most anticipated Election Day in recent memory. As a country in financial turmoil, we stand at a crossroad: Do we continue to follow the path that the current administration has set under the guidance of President Obama or do we scrap it for an entirely different approach, as laid out by Republican candidate Mitt Romney? What is the role of a Christian in this decision? Is there a right or wrong side for us, or is it not our primary concern? What would Jesus do? 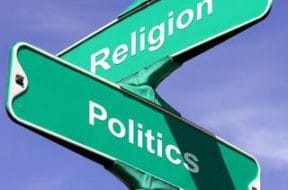 How should a Christian View Politics?

Life in these United States is dominated by a number of things. Money dominates us. If we have it, things are great; if we don’t, we suffer. Our jobs dominate us. We spend one-third or more of our day working, and for many, that time is spent in a job we don’t even like. Leisure dominates us. We are consumed by entertainment. Status dominates us. We must look good in the eyes of others. Recently, it seems more than ever before, politics dominates us. The parties, the process and the policies are always headline news and seem of late to be shaping our futures at an alarming speed. So, what are we to make of all this? How should a Christian be involved – or – should a Christian be involved in any of this? Stay with us as we delve into a subject that we normally avoid – Politics and the Christian – is it a match?

What Did Jesus Teach Us About Money?

How Should Christians Respond to Racism? (Part II)

How Should Christians Respond to Racism? (Part I)

What Does it Mean to be a Warrior for Truth? David and Abigail – Warriors of God Series

How Can I Fight for God’s Purposes Like King David? Warriors of God Series