Ep.904: Would Jesus and Muhammad Have Agreed?

Revealing Islam's perspective on the Bible 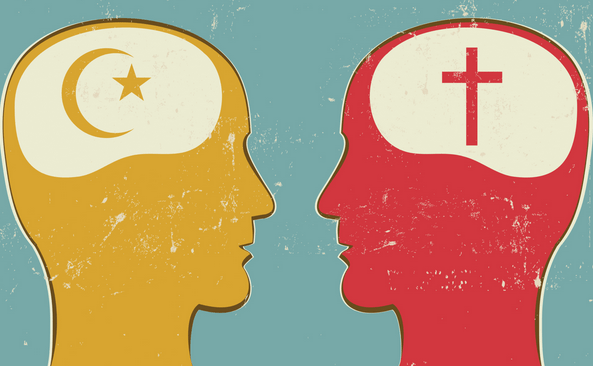 Think about it for a minute – right here and right now in the 21st century, nearly half of the world claims to follow the teachings of either Jesus or Muhammad.  Jesus lived nearly 2,000 years ago and Muhammad about 600 years after Jesus.  Did you ever stop to think about how consistent or inconsistent the teachings of these two are with each other?  We did and we found some fascinating things.

It is a stated Muslim tenet that they believe in Jesus and also accept and believe in the Bible.  However, both of these beliefs come with several pointed restrictions.

First let’s consider Jesus.  While the Muslim faith “accepts” Jesus, they only accept him as a prophet who was sent to the Jewish nation.  They deny he is the son of God and deny he was actually crucified on the cross for our sins; rather, they say, it was made to only look like he was crucified.  Where would that leave us as believers in Jesus?  How do you respond to a belief system that strips away the very basis for your beliefs?  How do you respond in a way that would reflect the very heart and character of Jesus himself?

What about the Bible?  The Muslim faith accepts portions of the Bible and flatly rejects the rest.  The claim is that the original Scriptures were contaminated and mistranslated over time.  Here they do have a point – there are MANY poor and misleading translations of Holy Scripture that have been floating around for a very long time.  How do we as Christians deal with this with that same Christ-like attitude we are so focused on having?

According to a Muslim teacher we heard on this program, one example of the “contamination” of Scripture is found in John the Baptist’s proclamation “Behold the Lamb of God… .”  They claim the original Aramaic reads "servant," not "Lamb."  Is this true?  If it is, we should know about it, shouldn’t we?

Check out “Would Jesus and Muhammad have agreed?” our Christian Questions broadcast from February 7th, 2016, to gain insight into the “Lamb of God” question as well as these several other issues and more.  Also, listen for our take on how we think we should understand and relate to those of the Muslim faith while maintaining our highest Christian integrity.

tags: Christianity Christians Islam Muslims
previous Does God Really Keep His Promises?
next So, How Do You Stay in Love?
Related Posts