Prophetic and practical meanings of the Workers in the Vineyard 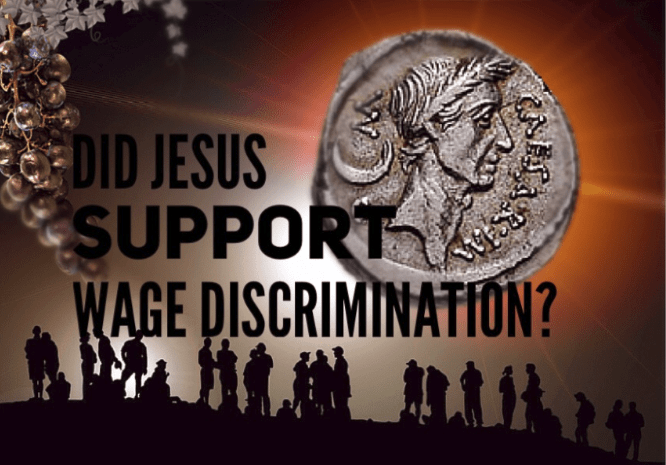 Equal pay for equal work. When you hear that statement, you think – who wouldn’t think that is a good idea? Who in their right mind would argue against such a thing? Did Jesus teach us a contrary lesson to this principle of equality? When we read the parable of the workers in the vineyard, it sure seems to be teaching that God cares more about playing favorites than about treating people equally. Is that really the lesson that Jesus is teaching here?

Parables are tricky. They are stories designed to teach a point or a principle in picture language. The pictures are taken from everyday life. Back in Jesus’ day farming, fishing household servants and social differences were some of the common denominators that all could relate to and Jesus used these things freely as tools for teaching. The parable of the workers in the vineyard told a common story of a land owner looking for day laborers to work in his vineyard and how he gathered more and more of them throughout the day. What was uncommon in the story was that when the work day ended, the landowner paid all of the laborers the same wage, even though some worked twelve hours and some worked only one. How can this be good, especially if God is represented by the landowner?

Like we said, parables are tricky. The other part of the equation is why – why did Jesus see a need to teach a particular lesson? In the case of this lesson, Jesus was teaching his Apostles about social standing and self importance. What made this parable necessary was that just before it, Jesus had been discussing entering God’s Kingdom with a young, well off and educated Jew. This young man knew, respected and followed the Jewish Law and because he was blessed with wealth, the Apostles thought he was a prime candidate for the kingdom. Jesus read the young man’s heart and saw that he was too attached to his earthly wealth and stature and told him to leave it all behind and follow him. The man could not do it and went away sad. The Apostles who had left all and were already following Jesus figured they were in line for something great. Jesus saw in them some of the same attachment to their standing and stature with him that the wealthy young man had to his riches.

So Jesus taught. He captured their attention with the story and as a result imparted to them a timeless lesson of serving God with humility. While he was at it, Jesus also gave them a prophetic look at how the Gospel would spread throughout the world. It is so much like Jesus to teach more than one thing at a time!

Parables are tricky and because of that, when we figure them out, they are really cool as well! Check out our May 15th 2016 broadcast, “Did Jesus Support Wage Discrimination?” and see how a parable that on the surface seems to support inequity actually teaches the grace and wisdom of God!

tags: coin money parable vineyard wages
previous Why Should We Love Our Enemies?
next Should We Be Our Brother's Keeper?
Related Posts

What Does Jesus Expect From Us?

VIDEO: Moments that Matter – What Does Jesus Expect From Us?

VIDEO: Moments that Matter – Do I Treat You As My Neighbor?