Home Character Should We EVER Lie?
Character
Program
2016/09/26 Christian Questions 0

Examing if lying is ever acceptable in a godly life 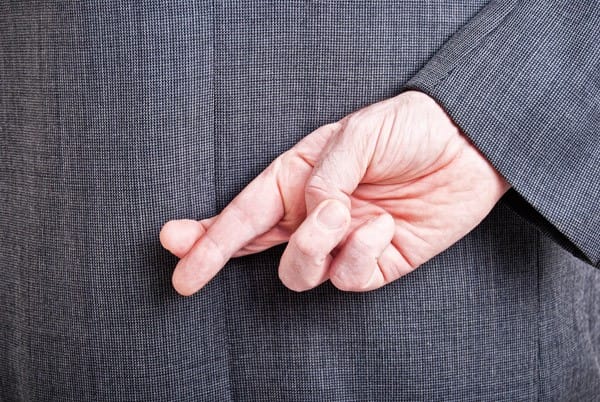 Lying. Okay, we know it’s bad but is it really always a bad thing? From a parent’s perspective, it is one of those things that is perched at the top of the “never do this” list of moral and ethical behavior. With children, the boundaries are clear and easy to define, because as we show them the difference between honesty and dishonesty, we reinforce what it means to take the high road, to be trustworthy and to be an honest and dependable friend. But what about the myriad of circumstances that arise as we become adults and begin to live in a world that is not awash in a bold contrast of right versus wrong but instead is overwhelmed with delicate shades of grey – with value judgments, personal rights and the fine line of being offensive? Are “little white lies” always wrong? What about only telling part of the truth – does that constitute a lie as well? Can lying ever be good?

To understand lying from a biblical perspective we need to get a sense of biblical morality.  A very simple way to do that is to look at the Ten Commandments – they can all be boiled down one word – RESPECT – respect for God, respect for your family and respect for those around you.  Respect is a simple theme carried throughout the Bible, and lying is for the most part a blatant and willful display of disrespect and therefore contrary to biblical morality.

The Bible actually does have a lot to say about lying.  We know that a lie from Satan to Eve began mankind’s downward spiral of sin and death, so right there you see that lying causes trouble.  One of the Ten Commandments is about not "bearing false witness against your neighbor"– it is focusing us on being truthful.  In Proverbs there is a list of seven things God hates and, you guessed it, lying is on that list.  Not only is it on the list once, it is an element of a second thing that God hates and can actually be implicated in the other five as well.  Our conclusion so far: lying is definitely not good!

So, how did God deal with lying in the Bible?  There are lots of biblical accounts of people lying – both good and bad people lied and for both good and bad reasons as well.  Did God always strike people down when they lied?  Did God ever ignore the lies when they were for a good cause?  Did God go as far as to bless someone because they lied?

The answer to all of these questions is no, but as with most things ethical, there is much more to the story than just a simple one word answer.  Suffice it to say, God’s highest principles ring true throughout Scripture as He blesses His people – even those who lied.  How?  Check out our September 26, 2016 broadcast “Should We EVER Lie?” and follow along as we examine what lying is, how to avoid it and finding God’s blessing after a lie.  It is a fascinating look into the reality of our imperfect human condition. 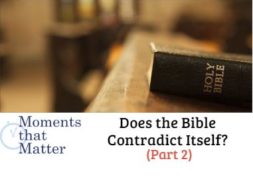 VIDEO: Moments that Matter – Does the Bible Contradict Itself? (Part II)