Unlocking the secrets of courageous submission to God 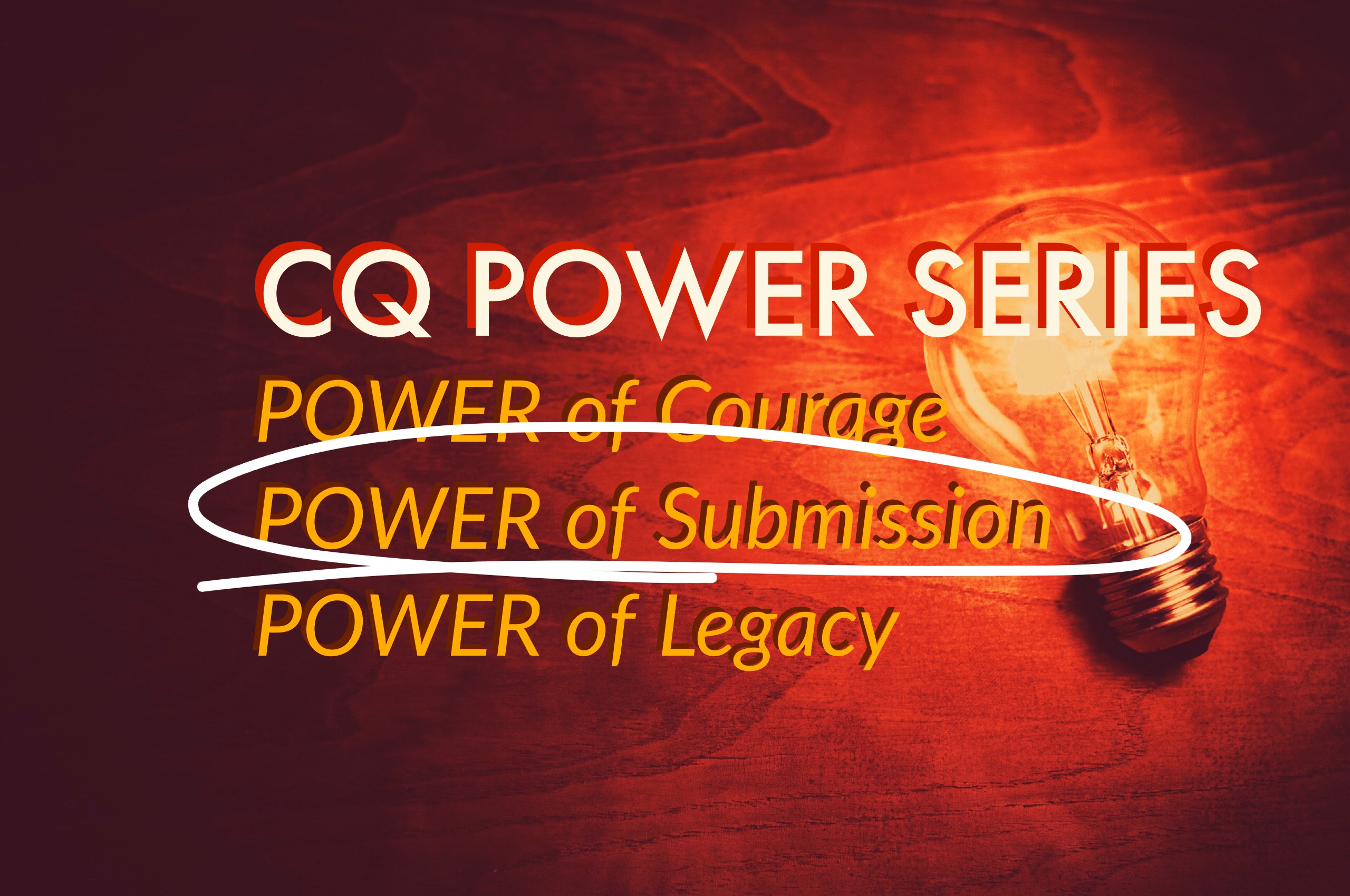 Two weeks ago we talked about Elijah and the incredible courage he had toward accomplishing God’s will. We saw him prophesy, take responsibility, wait, perform miracles, wait some more, appear before his greatest enemy and overwhelmingly conquer in a challenge to prove that God is in fact God over all. The next thing we knew, Elijah was running for his life – afraid and feeling alone. Turns out that all his heroics got him was more threats on his life. So, what happens to that courageous prophet of God now? He still must fight but in a different way, for in this next stage of his life God is going to teach him submission. Submission – it does not sound like a characteristic that belongs with courage, but as we will see courage will burn you without submission and submission will burden you without courage. First listen to Part I, Episode 954 Elijah - The Power of Courage. Part III ends this inspiring series with Episode 958 - Elijah - The Power of Legacy.

Imagine for a moment that you or I were writing the screenplay for, “Elijah – the Movie” after witnessing the unmatched heroics and epic drama of “Elijah Part I – The Power of Courage.” The logical conclusion for the story would have been for Israel to wholeheartedly return to God and for Elijah to “storm the castle” and dethrone Ahab and Jezebel.  He would then go on to anoint whomever God wanted as king.  This is not only logical – it is emotionally satisfying, because the bad guys suffer major defeat and the good guys prevail, all to the glory of God.  When we check back into reality, we see the shocking contradiction of Ahab and Jezebel still in power, and their bending of that power to kill our hero.  Elijah is running for his life in an incongruous turn of events.  Why?  Why would God give such overwhelming victory to Elijah only to put him again at the top of the king and queen’s “Most Wanted” list?

The answer is simple and a bit mysterious, as it is requires a twofold explanation.  First, God’s plans are always long range and have eternal lessons behind them.  It is for these reasons that God is never in a hurry to manifest results.  He is meticulous, methodical and mindful in events such as these, knowing they will become immortal lessons of full and final compliance with His will.  Second, there is the matter of submission.  God knows that while courage and heroics are the attention getters in life, it is submission to His will, over His time and in His way that will weed out the ego of anyone’s heroics.  Further, submission to His will solidifies courage in a whole new and powerful way.

So, Elijah would now spend the next several years learning how to apply his great and godly courage in this new and powerful way.  The results of these years (which had their mix of depression, loneliness and feelings of failure) would teach Elijah how to wield his godly courage in a humble submission to God’s timing and results.

By the way, Elijah’s lessons in courage and submission can be striking lessons for us, as they can truly challenge the way we look at courage and submission.  Seen in a new way, these attributes can bring new light to our every day.  Check out our February 6, 2017 podcast, “Elijah Part II – The Power of Submission” and see for yourself!