What is God’s name? 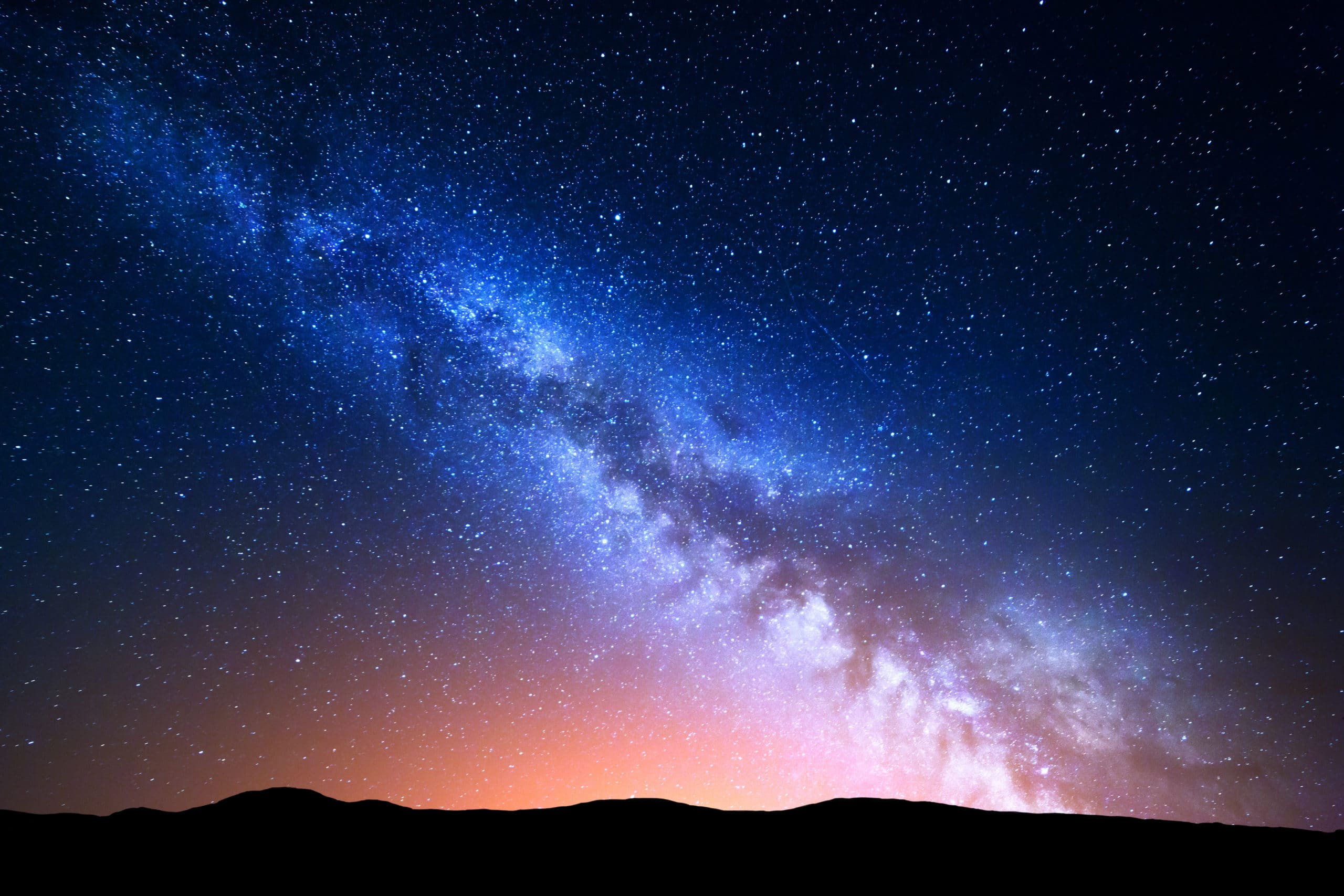 The two verses that reveal his name are found in Exodus 3:14 and Exodus 6:3.

The Hebrew text for this phrase is “ehyeh asher ehyeh” and should be translated in the imperfect or future tense: ‘I wi1l be what I will be” or “I will become what I please to become.”

Yahweh is the word another would use when speaking to third parties about the Most High. For example, Psalms 91:2 “I will say of Yahweh, He is my refuge and my fortress….”

“Ehyeh” is the word God would use when speaking for Himself and of Himself, assuring His hearers that He would become or do as the occasion required.  He would be(come) what they needed Him to be(come).

Later in Exodus 6:3 God said to Moses, I used to appear to Abraham, Isaac, and Jacob as El Shaddai  [Note: meaning the “Almighty” or “the God of heaven”], but I did not make myself known to them by my name YHWH.”

Below we are including some information taken from Wikipedia. That information explains why “LORD” and “God” are substituted for YHWH in many Bible translations.

YHWH is the proper name of God in Judaism.  Vowels were not used in ancient Hebrew writings and the original vocalization of YHWH has been lost.  Therefore, the pronunciation is not agreed on. However, most academics agree that “Yahweh” is the most accepted way to say it. It has also been pronounced as “Yehova” in Hebrew as a substitute for the tetragrammaton YHWH.

Instead of pronouncing YHWH during prayer, Jews say “Adonai” (“Lord”).  In conversation, many Jewish people, even when not speaking Hebrew, will call God HaShem (השם), which is Hebrew for “the Name” (this appears in Leviticus 24:11).

Almost all Orthodox Jews avoid using either Yahweh or Jehovah altogether on the basis that the actual pronunciation of the tetragrammaton has been lost in antiquity. Many use the term HaShem as an indirect reference, or they use “God” or “The Lord” instead.

Early Christian writers, such as Clement of Alexandria in the 2nd century, had used a form like Yahweh, and claim that this pronunciation of the tetragrammaton was never really lost. Other Greek transcriptions also indicated that YHWH should be pronounced Yahweh.

The Hebrew theonyms Elohim and YHWH are mostly rendered as “God” and “the LORD” respectively, although in the Protestant tradition of Christianity the personal names Yahweh and Jehovah are sometimes used. Jehovah appears in the Tyndale Bible, the King James Version, and other translations from that time period and later. Many English translations of the Bible translate the tetragrammaton as LORD, thus removing any form of YHWH from the written text and going well beyond the Jewish oral practice of substituting Adonai for YHWH when reading aloud.

We offer the following notes on compound names from study within the Christian Questions fellowship:

The Compound Names of Yahweh: The Commemoration of the Name

Various compound names of Yahweh are found in the Old Testament.  They serve as memorials of that Name, in connection with some crisis in the lives of Abraham, Isaac and Israel. They commemorate the display of Divine assistance so that later generations would know how Yahweh had helped them in their need – how Yahweh had become what they needed Him to become.

The compound names of Yahweh reveal Him as meeting every need of man – from man’s fall into sin until the end or restitution to perfection.

Abraham offering up Isaac in sacrifice, verses 7 and 8 – Isaac: “Behold the fire and the wood, but where is the lamb for a burnt offering?”

Abraham: “My son, God will provide himself a lamb for a burnt offering.”

Verse 26: To commemorate the healing of the waters God set Himself before Israel as “Yahweh-Ropheka” – “Yahweh (that) healeth” or “Yahweh healeth thee.”

Psalms 103:2-4: “Bless Yahweh, O my soul and forget not all His benefits…Who healeth all thy diseases, who redeemeth thy life from destruction.”

The context of Exodus 15 and Psalms 103 indicates physical healing. This could also refer to the healing of spiritual sickness (James 5:l4,15).

The battle with Amalek was carried out under the banner of Yahweh.  The rod that Moses held up was the banner of Yahweh – the symbol and pledge of His presence with Israel as their Shepherd, their Ruler, and their Leader. It was held not over Israel, nor over their enemies, but toward heaven in prayer to bring down the promised help secured by covenant promise and relationship.

Exodus 17:15: “Yahweh-nissi” – “Yahweh my banner.” The name is interpreted by the context.

Spiritually, Amalek represents the flesh. The battle of that day illustrates the conflict and war of the spirit against the flesh. Galatians 5:17. Victory was (wholly) due to Yahweh.

In Judges 6:21-24 Gideon, after seeing the angel of Yahweh, was spared from death.

He built an altar and called it “Yahweh Shalom” (Judges 6:24) – “Yahweh our peace” or “Yahweh gives peace” – to commemorate this event.

Almost the whole ministry of Yahweh finds expression and illustration in Judges.

“Yahweh Tsidkenu” The Righteousness of Yahweh

Jeremiah, looking forward far down the stream of time, sees Israel and Judah cleansed from defilement and sin and made worthy to bear the name of their God. He calls them.

In Jeremiah 23:5,6 it prophetically refers to our Lord Jesus and his Millennial reign.

In Jeremiah 33:16 “Yahweh Tsidkenu” –“our righteousness of Yahweh” – refers to the name of the entire Church, the New Jerusalem in Revelation.

This name is appropriate for the glorified Church. She not only shares her Lord’s sufferings for righteousness (Colossians 1:24) but is promised a share in all the glories of her Lord as a wife shares her husband’s honor and name.  The Church bears the name of Christ as members of the body of Christ (Revelation 3:12; 19:7; 21:9-10).

“Yahweh Shammah” Yahweh is there

Ezekiel 47:13 and 48:35 in describing the future apportionment of the land and of a city in its midst declares in that final ‘City of Peace’ –“Yahweh Shammah” – “Yahweh is there” –“Yahweh (is) ever present” (verse 35).

Ezekiel begins and ends with Yahweh.  Between the great vision of Yahweh in Chapter 1 and the closing words, “Yahweh Shammah” – “Yahweh is there,” is the unsparing record of man’s failure and sin, judged by Yahweh, but His justice (judgment) works to His glory, because it works in harmony with His Wisdom and Power and (is tempered by His) Love.

In the 23rd Psalm David, King of Israel, reflecting upon his youthful days as a shepherd, gave utterance to the phrase:  “Yahweh my Shepherd” – “Yahweh Ra’ah” (Ro-ee)

The lion and bear had fought to rob him of his sheep, but at risk to himself he had been their defense.  He had sought out the lush grass and quietly flowing waters for his flock, and guarded them while they fed.  He had been to them what they needed him to be – provider, defender, healer.

In this Psalm the pious mind of the shepherd boy, now King in Israel, sees himself (with all his people) as the sheep of Yahweh’s pasture.

David had taken the words spoken to Moses at the bush, adapted them to the life of a shepherd, and had drawn peace and comfort for himself (and many others since) because “ehyeh asher ehyeh” had become the Great Shepherd to his flock – fleshly as well as spiritual Israel.

How can we come closer to God?

Does God lie?
Scroll to top