Home Program What Does it Mean to be a Warrior for Truth? David and Abigail – Warriors of God Series
2020/06/22 Christian Questions 0

Ep.1131: What Does it Mean to be a Warrior for Truth? David and Abigail – Warriors of God Series

The power of wisdom and tact when facing angry opposition

The spectacular biblical account of David reveals him as a warrior for God, as he protected God’s principles and righteousness. See the first episode of this series for more. It also reveals David as a man of mighty faults. He committed many grievous errors with sad consequences. We explored one of these in our second episode of this series.  Most importantly, David was also a man who never stopped trying to do better and inspire the people he led. He truly was God’s warrior, a man after God’s own heart. Know this: true warriors for God never were and should never be limited to just men.

Abigail is one of the treasured women of the Bible who was also one of God’s warriors. When faced with potential slaughter, she calmly deescalated serious tensions, saving many lives. Her love for God was unmistakable. The example of Abigail's behavior under pressure commands attention and respect. This beautiful woman is an inspiring example.

Life is a series of experiences and choices. When a new event happens that is harsh and catches us off guard, we often simply react based on our surprise and emotion. This generally is not the best course of action, and we usually end up with a bigger issue as a result. David fell into this trap. He was taken advantage of and insulted. His reaction was fierce – rage-filled warrior fierce. He gave no thought to choosing a righteous and integrity-filled response in place of the rage. The stage was set for death and disaster until Abigail, a godly woman of Israel, stepped up. She stood in front of David’s speeding train of anger and caused it to screech to a halt.

This sounds like the drama from an adventure story, but it's better because it’s true!  What we really want to know is what happened for Abigail to be able to avert disaster? Turns out there were many things in both David and Abigail’s lives that led them to this dramatic moment. For David, his pathway had already been filled with drama. Up to the point of his fateful meeting with Abigail, he had slain a giant and served King Saul as a mighty warrior. David had become fast friends with Jonathan, the son of the king. Saul then turned on David. He was now an exile in his own country, hiding in caves for his very life. All these experiences fed David all he needed to make right choices in tough times.

Check out our June 22, 2020 podcast, “What Does it Mean to be a Warrior for Truth?” for more. We put the pieces of David’s life in order leading up to what would be a destiny-defining moment. We observe Abigail’s being thrust into the role of not just peacemaker, but wise and godly counselor as well. Their story gives us a genuine grip on handling our own anger and rage. It helps us to see the value of those worthy of trust. It reminds us of the consequences of unbridled emotion.

Is it Faith or Works that Gets Us to Heaven? (Part I) 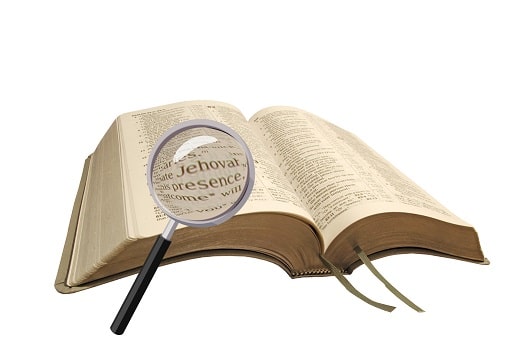 VIDEO: Moments that Matter – Has the Bible Been Mistranslated and Misunderstood? (Part I)

Is it Faith or Works that Gets Us to Heaven? (Part I)

How Can We Be Thankful After the Year We’ve Had?

Has the Bible Been Mistranslated and Misunderstood? (Part III)

Has the Bible Been Mistranslated and Misunderstood? (Part II)