The history, character and faith of the mighty warrior Gideon 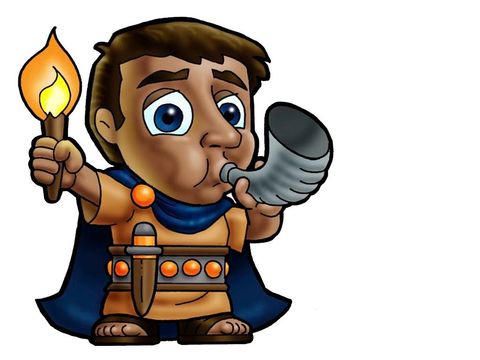 Have you ever heard the expression “putting out the fleece” when referring to someone trying to make a decision?  Its origin comes from an unlikely biblical hero from an unremarkable tribe. He was the youngest of an insignificant family.  Yet, Gideon was chosen by God to do a mighty work – to free Israel from the cruel oppression of the Midianites and Amalekites.  Getting such an unnoticed individual to do works of such greatness took providence and patience on God’s part. Gideon needed to develop a God-based confidence to boldly move forward and stand against enemies of immense power.  The story of this man’s journey inspired a nation and left a trail of lessons for us to apply in our everyday Christian walk.

When it came to Israel, God was specific and predictable.  From the time they became a nation when Moses led them out of Egypt, God’s approach was always the same:  Accept My guidance, follow My Laws and keep Me first and I will bless you.  Make light of My guidance, ignore My laws and descend into idolatry and you will suffer consequences.  When Gideon arrived on the scene, Israel was blatantly idolatrous and had gone through seven years of being terrorized by enemies.  God determined it was time for deliverance, and Gideon was to be their vessel of salvation.

How the victory was won

One of the two basic themes of Gideon’s story is the counterintuitive nature of how the victory is won. It begins with Gideon himself.  As he is called into God’s service by way of a visit from an angel, Gideon’s response sets the tone.  He basically says, "Who are you calling a 'valiant warrior'? I am insignificant! You must have the wrong guy!"  Yet the angel persists and gives him a task that will lead to war with an enemy who is overwhelmingly more powerful than Israel.

Gideon does what he is assigned to do and promptly has his life threatened.  This small action seems senseless and makes it look like Gideon is picking a fight with the toughest, meanest warrior around.  Why does God begin and follow through in this experience this way?  It is the counterintuitive approach that says, "When I am on God’s side, the odds are always with me."

The odds were seemingly stacked against him

The second basic theme of Gideon’s story is his continued need for assurance.  God gave Gideon a nation-changing task of conquering an enemy whose soldiers at the time of battle would outnumber Gideon’s small army 450 to one.  To be able to consciously go into battle with such ridiculous odds stacked against you, reassurance becomes a major necessity.  Check out our November 4, 2019 podcast, “Who Was Gideon?” for more.  We examine the extraordinary requests Gideon makes of God to help him be sure of his actions and see how God responds.  We look at the equally mind boggling, and on the surface ridiculous, requests God makes of Gideon to secure victory.  Gideon’s valiant and godly behavior in the face of impossibility is an inspiration.  Be part of it!

VIDEO: Moments that Matter – How Can I Persevere When Life Gets Tough? (Part I)