Armageddon! When and Where?

Armageddon! The very word sends shivers down the spine of millions. Armageddon! Of all the Biblical prophecies, this one is probably more recognized than any other, even by those who are not believers in the Bible. Armageddon! It captures the imagination. It has been the framework for blockbuster movies and descriptions of war and destruction. So what is it? Where is it? When is it? And how does it really work? Is it really as dire as we think? Is it WORSE? Should We Ever Seek Vengeance?

"Trayvon Martin"...mention that name and you unleash a flood of emotion and turmoil. This young man was tragically shot to death at age 17 and his death has raised a firestorm of controversy. Was it self-defense? Was it racially motivated? Should his killer have been arrested immediately? Will there be justice? These are all questions that we have no answers for – sorry! What we do want to discuss though, is the emotion, reaction and desire by some for vengeance. Is vengeance ever appropriate for us to take? What if justice is NOT served? Does vengeance give closure? What does it really mean to leave things like this in God’s hands? Are the Old and New Testament different on this? Stay with us as we look into this important question. 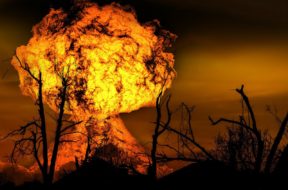 Are We Now in the End Times of Prophecy?

By the accounts of many, the day in which we live is different than any other time in the recorded history of the world. Never before has there been so much by way of knowledge, science and medicine that can heal and restore yet, never has there been so much by way of brilliantly formed destructive forces as well. We are blessed with technology and its work saving power yet we are cursed by its power to feed the basest of human desire. We are blessed with greater freedom for more of the masses than ever before, yet we are cursed with the abuses greed and inequity that such freedom unleashes. Are these the perilous times of the Bible? Stay with us as we look into Bible prophecy and current events to try and determine where we are on the timeline of God’s Plan. Is Judgment Day Coming THIS Week?

Remember this past May 21st – according to Harold Camping the day that the rapture was supposed to happen? Since that “no show” all the air has gone out of Harold Camping’s “prophecies” and attention is no longer focused in that direction. The fact is that the “other half” of his “prophecy” was that the earth would burn up on this coming Friday, October 21st. While we won’t focus on Mr. Camping this morning, we will focus our time on God’s Day of Judgment upon this earth. Exactly what is the Day of Judgment, how does it work, what does it accomplish and when it might come to pass? Ten years ago today, the world changed. If you look back to that fateful day ten years ago, you undoubtedly remember where you were and what you were doing that morning when you heard the news of the terrorist attacks on America. You undoubtedly remember the string of emotions you went through – from horror and disbelief, to sadness and grief, to fear and then anger and perhaps even rage, and then back to the numbness of your original disbelief. This morning, ten years later, we want to respectfully reflect on the events of that day and find in it lessons of strength and courage. Come and walk with us... Should Israel Belong to the Palestinians?

It is no secret that the Middle East is a hotbed of trouble and confusion in today’s world. How did this all come to be? Is the nation of Israel God’s chosen people and if so, does that mean that they are above the rules that the rest of us must follow? Are there consequences for being God’s chosen? Does Israel have divine rights to their land? Stay with us as we look into Israel, her Biblically bumpy path towards God and then her 20th and 21st century path towards God. Does God’s Word Ever Fail?

So yesterday, May 21st, was a much anticipated day for many, and I would guess a day of great disappointment and even bewilderment for those same people. What might they be thinking now? Did God not deliver what His word promised? What are the rest of us thinking? Were these people foolish in their commitment or were they misled by what appeared to them to be undeniable scriptural logic and harmony? Harold Camping’s prophecy failed utterly. Does this mean that God’s word failed along with it? Stay with us as we examine the short term aftermath of expectations gone bad in light of God’s plan. 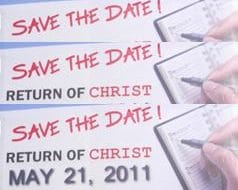 The time draws near – May 21st, 2011 is fast approaching along with the bold predictions of a rapture and the world beginning to come to an end. Last week we talked about the reasons WHY Jesus returns and looked at his return as an unfolding process rather than a singular and dramatic event. We will focus on HOW Jesus returns and in the light of these predictions for this coming Saturday, I would say that this is a pretty relevant subject. Is Jesus returning this coming Saturday, or are the predictions all wrong? Is the Japan Earthquake Part of God’s Plan?

This was a tragedy. The recent earthquake, just off the coast of northern Japan, was the fifth largest ever recorded in human history. While the quake itself was not terribly damaging, the tsunamis it spawned were another story. From a personal standpoint, I have NEVER seen anything so destructive and powerful as those waves which literally engulfed everything in their path. So, what does all of this mean from a Christian standpoint? Did God make the earth quake – did God send the waves? Could God have stopped this? Stay with us as we consider these difficult and piercing questions. 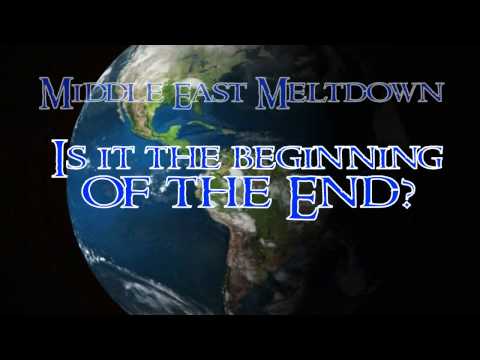 Middle East Meltdown – The Beginning of the End?